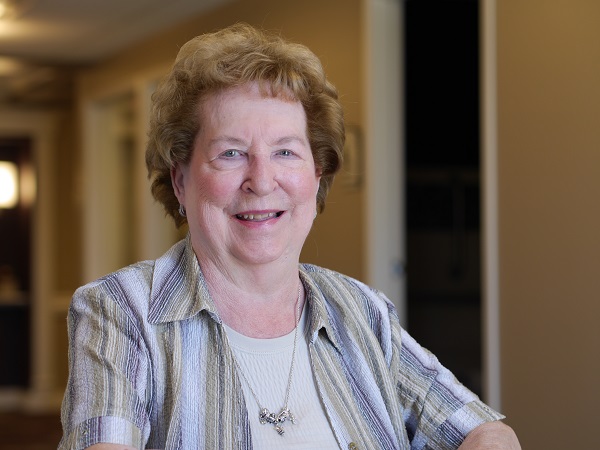 Dorothy Tokarski never stopped dancing. “I danced since I was a toddler and I just kept going. Then I got to be a professional,” said Tokarski. At 91 years old, she may not have the same moves that graced the dance floor many decades ago, but she can still recall those memories and moments that have shaped her life. “We had a USO on 16th and Harney Street in Omaha. It was a place where men would come in and have lunch and enjoy a variety show,” said Tokarski. And she was one of those performers. “I came in and performed with other girls. But I was also a solo dancer and performed acrobatics. I would do a tap dance routine too,” recalled Tokarski.

When she was 13 years old, Tokarski started performing at USO shows and events in different cities around the country. “It was just very fun and entertaining to get into a big place with a lot of people and perform and put on a show for them. I loved it,” said Tokarski. But she also wanted a family. “I performed even after I got married but stopped when I had my first child,” said Tokarski. She missed dancing so much that Tokarski did the next best thing. “I thought well, I’d love to teach it,” said Tokarski. And with that desire, Tokarski opened up Dorothy Tokarski Dance Studio in Omaha in 1954. “I put an ad in the paper and soon a lot of people started signing up,” said Tokarski.

Dorothy helped inspire and launch the careers of several professional dancers including Olympic gold medalist and retired American gymnast Jim Hartung. “I taught him for 10 years,” recalled Tokarski. Not only was she able to continue feeding her soul as a dancer but teaching gave her an even greater purpose as a mentor. “I helped my students express themselves. They could get up in front of a crowd of people and speak and perform. It gave them poise,” said Tokarski. Many of her students went on to become school teachers, athletes and even professional dancers themselves. “I loved the work. I always enjoyed seeing them progress and go on in life to do some really great things,” said Tokarski.

Dorothy retired from teaching after 34 years and was married to her husband Eugene for 60 years before he passed away in 2008. “We went to the same high school but never dated during that time,” said Tokarski. They eventually struck up a conversation when he entered the military. “When he was in the service, he called me. We went out on a date and that led to marriage,” said Tokarski. Eugene worked as an optician in Omaha for 45 years and was one of her biggest supporters. “I put on a dance recital every year and he would always say let’s go. Let’s get the show on the road. Needless to say, we were never late,” recalled Tokarski. She misses his humor the most. “At several of the recitals he would ask me if I was ready. I would say no. He would pull the curtain anyway,” said Tokarski. Together, the couple has two daughters, five grandchildren and one great grandson. And for the last seven years, Dorothy has made her home at Pacific Springs Village. “I’ve enjoyed it very much. I like the people and staff. They’re very good to me. It’s like one big happy family.”