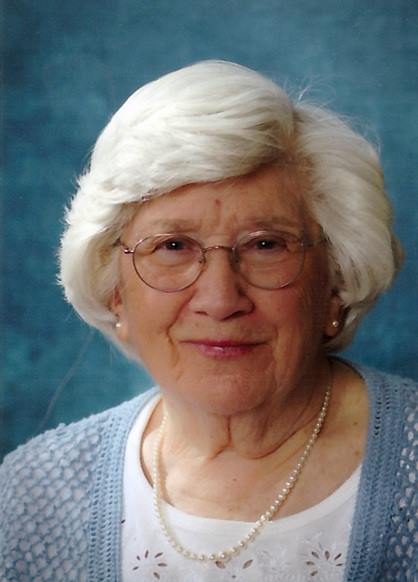 It was Christmas Day 1941 when the Canteen opened in North Platte, Nebraska. Olga Leonard was just 18 years old then. “We had to ration our food. There was no sugar, no gas in the car, but we were a community that cared for each other. And that’s all that mattered,” said Leonard. Now at 92 years old, Leonard remembers those moments from long ago, which serve as reminders of what so many people had to endure and sacrifice during the wars. “Many of those men never came back home,” said Leonard. Her sister, Rose Loncar was one of the original women who volunteered to bake pies, cakes, cookies and other food for the nearly six million soldiers who passed through North Platte on their way to the war. “She and several others were the first ones to greet the troops as they came off the train,” said Leonard.

As the war pushed on, so many things were happening. “Guys were leaving their families to go off to war. There were a lot of young men. Women were writing letters to their boyfriend or husband with hopes that they would return home soon. So many families were packing up their belongings,” said Leonard. And when the trains carrying troops rolled in to Omaha, Olga and several other women performed for them. “I was 21 years old when I got involved with the USO. We danced and had a good time. It was something for soldiers to do while they were waiting for the next train. It was not an entertainment show,” recalled Leonard.

During the war, Olga worked at Union Pacific managing freight accounts. “When you see trains go by, you see numbers on the cars. Each of those numbers means something. I helped manage those accounts,” said Leonard. She married her husband Robert, a firefighter, soon after he left the Navy in 1946. The couple was married for 40 years until his death in 1985. “He would never tell any stories after the war. You know that saying? Loose lips sunk ships. Many of the men never told stories after coming home from the war. They witnessed so much death in combat that they wanted to forget about it. It was not something you talked about,” said Leonard. She and Robert have two children, three grandchildren and five great grandchildren. “We all took care of each other,” said Leonard.

After Robert’s death, Olga lived alone for 15 years until she made the move to Trinity Village when it first opened in 2000. She’s lived there ever since. “I’m not the oldest, but I’ve lived here the longest,” said Leonard. She enjoys the safeness and quietness of the community. “It’s very peaceful here and the staff has been wonderful to me,” said Leonard. When it’s not too hot outside, Leonard loves to spend time outdoors tending to her garden. “I’m a nature person. I love to water my flowers,” said Leonard. She also loves to plant. “When I first moved here, the maintenance guy was planting trees out front. I was right behind him filling in the holes with dirt. He looked up and said to me: you make this look like it’s your home. I finally said well, we are home.”