Resident Tom Miya was one of nearly 120,000 Japanese immigrants and Americans of Japanese descent placed in interment camps during World War II. Coincidentally, after he was released, Miya was drafted into the U.S. Army and was assigned to transport top-secret intelligence reports. Click here to learn more about Tom's story.

This week Tom was honored for his service by the National Quilts of Valor Foundation, Omaha Chapter #577.  The organization was founded by Catherine Roberts in 2003 when her son, Nate, was deployed to Iraq.  The mission of the Quilts of Valor Foundation is to cover service members and veterans touched by war with "comforting and healing Quilts of Valor”.   It’s their small way to thank veterans for their service and sacrifice.   As of February 8, 2018 nationally, they have awarded 180,693 quilts, and today Tom was added to this list.

Congratulations Tom and thank you for your service. 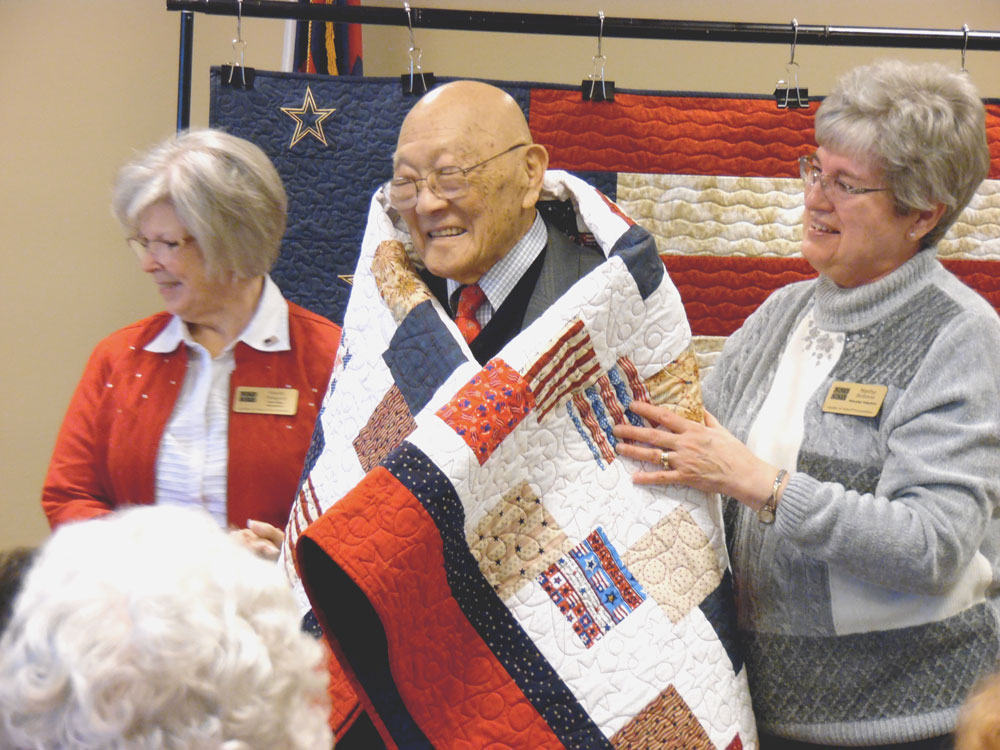 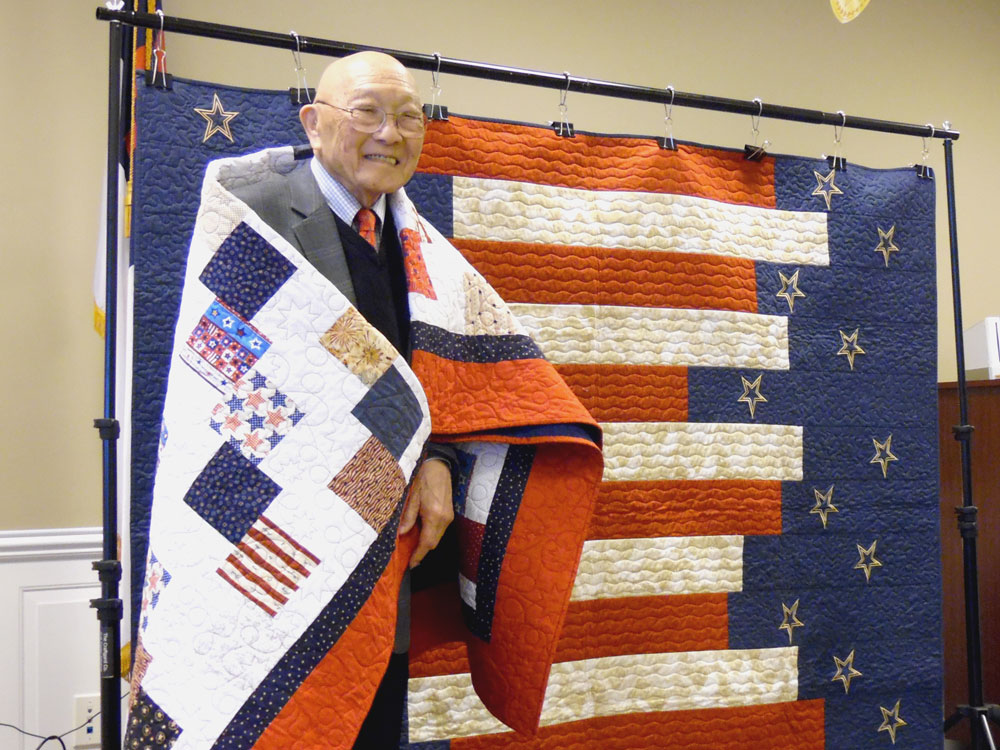