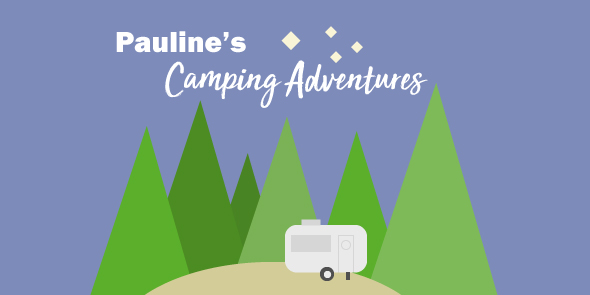 John Muir, the famous naturalist, once said, “In every walk with nature one receives far more than he seeks.” It is clear in talking with Pauline Himes, resident at Lakeside Village, and her daughter, that Pauline’s camping excursions throughout her lifetime have provided more than good exercise. Camping with her family has given her new sights and sounds to explore, fears to overcome, and a family bond that has been cultivated through their shared adventures.

In the beginning, Pauline’s family would camp in a tent at Fremont lakes in Nebraska. Eventually their hunger for travel grew, and they purchased a fold-out tent trailer called an Apache. They went everywhere in it. Alongside her family, she has traveled far and wide, places such as Canada, The Rocky Mountains, Mexico, up and down the west coast and more. 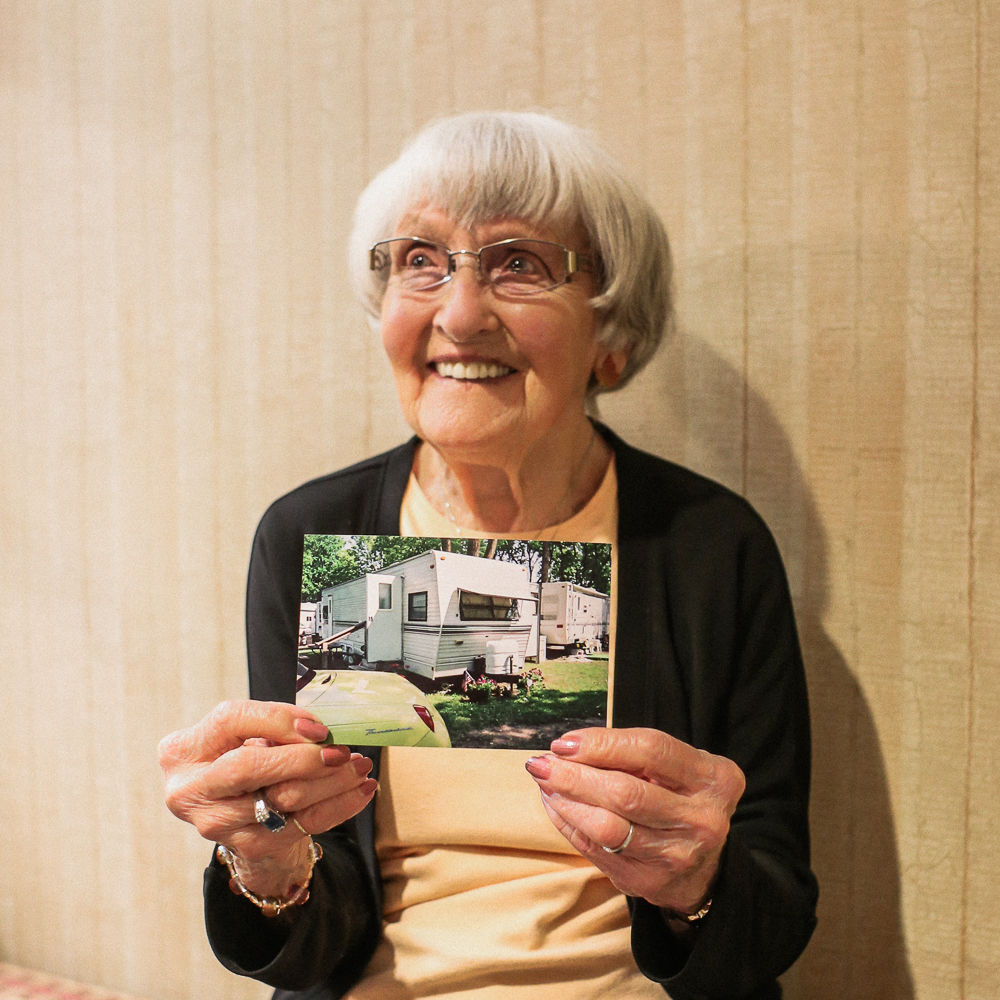 Pauline remembers one particular stop in Yellowstone National Park very well. As they were setting up camp, they followed advice to leave their food inside their vehicle, leaving only a few items out. It is a good thing they listened, because that night a big bear came to visit! Sniffing the premises, he found one cooler and knocked it around until the latch opened. He then got his paws on a can of beer and the family could hear him slurping it up. He continued by pulling a whole watermelon out with his paw. Pauline’s family was scared that he would get into the camper, but he left them be. In the morning they heard that some people down the way didn’t keep their food inside the vehicle, and the bear had scattered it about, making a real mess. That morning, Pauline was putting coffee on when her husband and two daughters went to visit with their neighbors. Once they left, Pauline spotted a mother bear and her cubs headed for their camping spot! Pauline left the coffee and stood on the road while the bears explored the site, eventually leaving it behind. Her daughters and husband returned to find Pauline a little scared and with a story to tell! 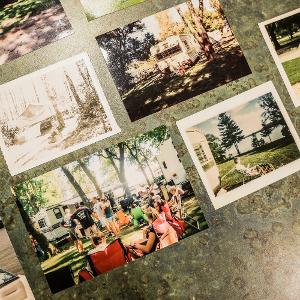 The Himes family has many other camping stories to share, including the time when they were camping in Canada and found themselves caught in a severe thunderstorm. The storm sent a large tree crashing to the ground only feet away from their camper! Another time they were traveling in Las Vegas, Nevada, and a gentleman was nice enough to keep his pool open so that they could take a dip in the scorching heat. In 1970, Pauline and family tried a new KOA campground on Onawa Lake for weekend trips. 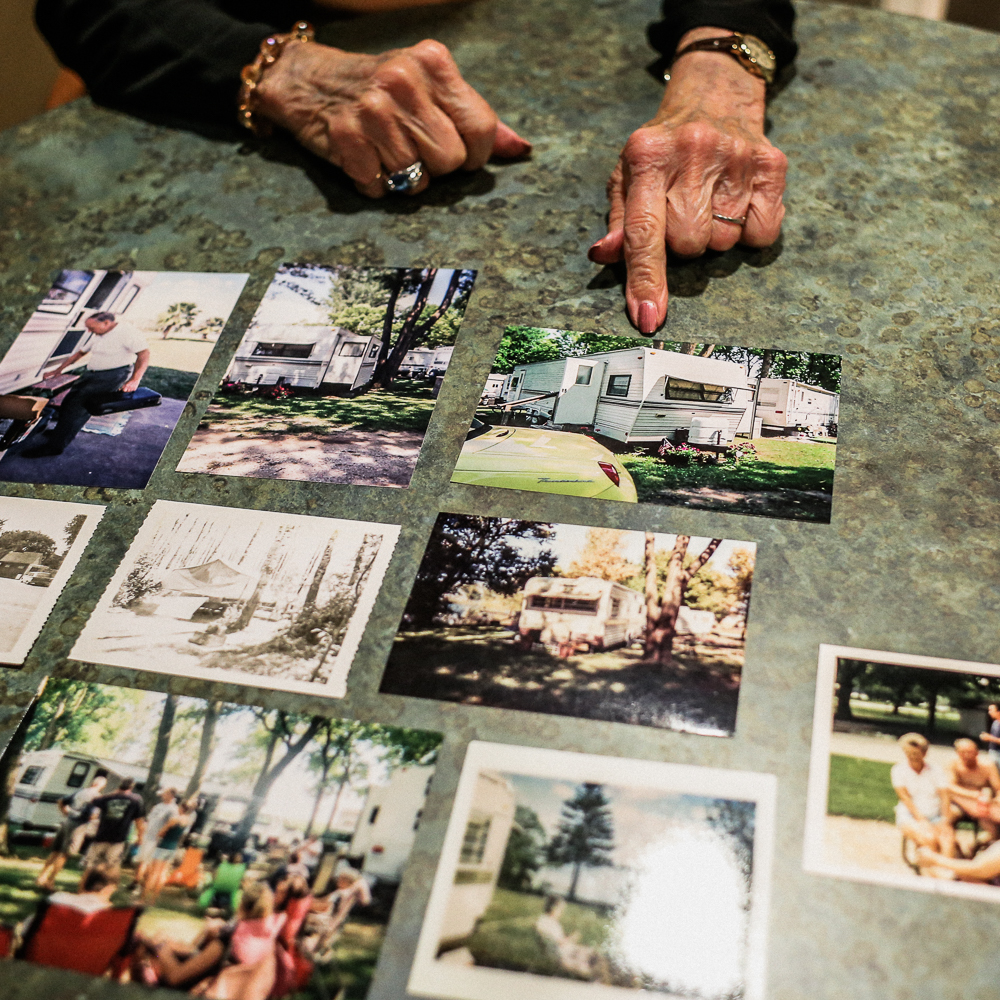 Pauline continues to visit the lake every weekend, upholding the tradition for almost 50 years. Pauline’s camper sits alongside trailers from her two daughters and granddaughter. Every morning they walk around the state park across the lake. Pauline still enjoys fishing, boating and spending time at the pool nearby. She shares that her favorite part about camping is being in nature and bonding with family.

Pauline is an example of how age does not have to limit you. There are ways to continually stay active and participate in the joys of activities, such as camping. Thanks to the help of family and the flexibility she has living in an Immanuel community, Pauline is able to continue her camping tradition and be surrounded by the outdoors, something that has been an integral part of her life.

Pauline is a resident at Lakeside Village, one of Immanuel’s premiere retirement living communities in Omaha. Our not for profit difference means we put residents first, re-investing into programming that promotes health, wellness, social opportunities, fine dining and more. We believe retirement is about living the way you always dreamed, in an environment uniquely your own. Learn more about Lakeside Village and Immanuel’s 11 retirement communities across southeast Nebraska at Immanuel.com.